Our beautiful Edwardian-style theatre began life in 1850 as The Market Hotel. It was used as a convenient stop-over point for farmers on their way to sell cattle and buy implements and provisions from the Corn Exchange (now Winchester Discovery Centre). In 1912, the building changed hands and was converted, eventually opening as theatre in 1914.

Over its 170-year history, the theatre has been home to a few ghostly sightings…

The ghost of John Simpkins

The Simpkins family were a wealthy family in Winchester. Businessmen by trade, brothers John and James Simpkins purchased The Market Hotel in 1912 after it closed. They built into the backyard of the hotel and created the Edwardian auditorium and stage we see today. They based the designs upon St John’s House (located at the bottom of the High Street, Winchester). 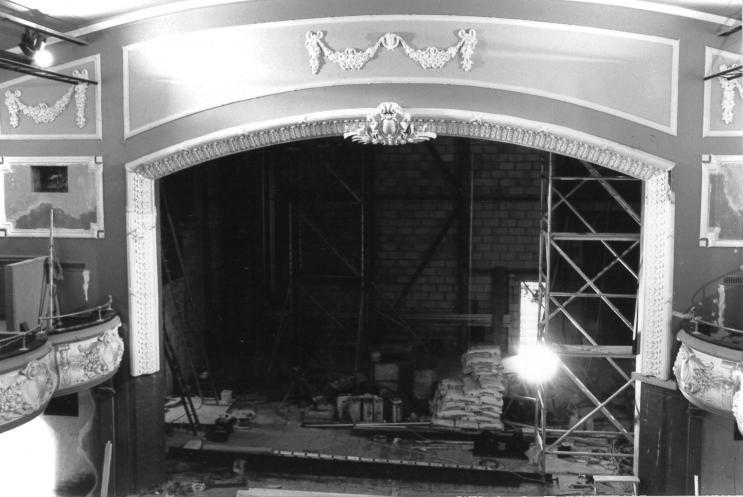 During construction, James Simpkins had the initials JS put above the proscenium arch over the stage. John would have preferred it to say J&JS, for both brothers. James made a promise to John to correct this but he never did. John eventually died without his initial being added.

The ghost of John Simpkins has been spotted many times over the years, and used to be seen regularly by one of the housekeepers in the 1970s. John appears in Edwardian clothing and has been described as being upright and stern. 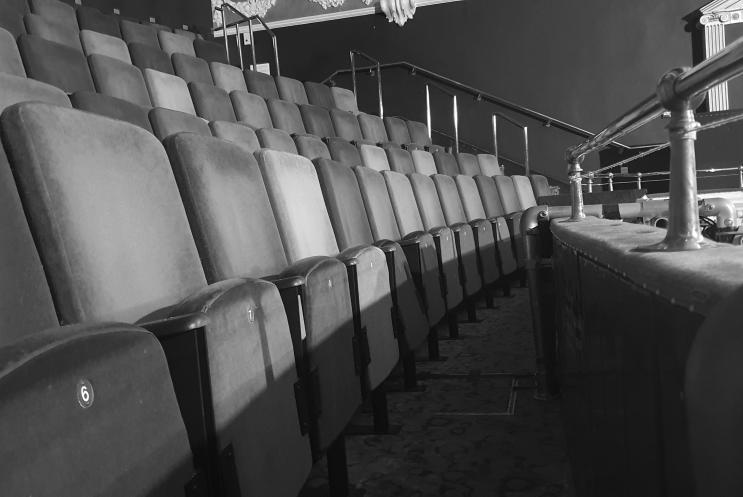 It is said that John’s ghost often appears out of a wall on the left-hand side of the auditorium. He then slowly makes his way along row A of the circle, pausing briefly to examine the area above the arch of the stage, presumably to check if his initial has been placed there. Upon his disappointment, he then moves quickly on, through the boxes on the right side of the circle and into the wall to the right of the stage.

Some time ago, paranormal experts spent a night in the theatre. They measured the highest level of paranormal activity to be within the prompt corner, right behind where John’s ghost is said to disappear!

The Soldier and the Dancing Girl

During the First World War, many of the theatre’s male employees were called up for active service, and sadly, many never returned.

One of the theatre’s resident dancing girls was dating a spotlight operator – a young man who was called away for action.

One evening, whilst performing in a musical show, the girl gazed into the wings and saw a ghost of a soldier, then suddenly fainted. The show stopped momentarily as the theatre manager at the time dashed onto the stage to check if the girl was okay. She told the manager that she’d just seen her boyfriend standing in the wings staring at her. 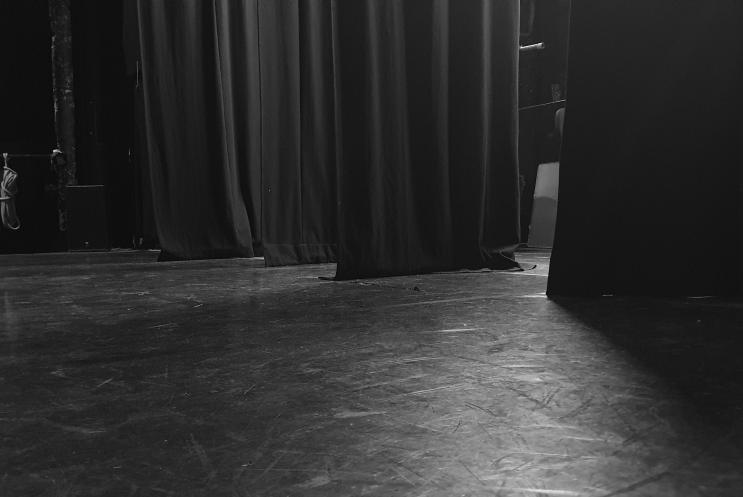 The next day, the theatre was informed that the young spotlight operator’s mother had received a telegram notifying her of her son’s death the previous day.

The girl is said to have fainted on stage at the exact moment her lover was fatally wounded on the battlefield in France.

There have been sightings of both the soldier and dancing girl around the theatre over the years. The girl usually appears stage left, performing a routine, then pausing briefly before disappearing into thin air. Some believe they are still trying to find their way to each other. 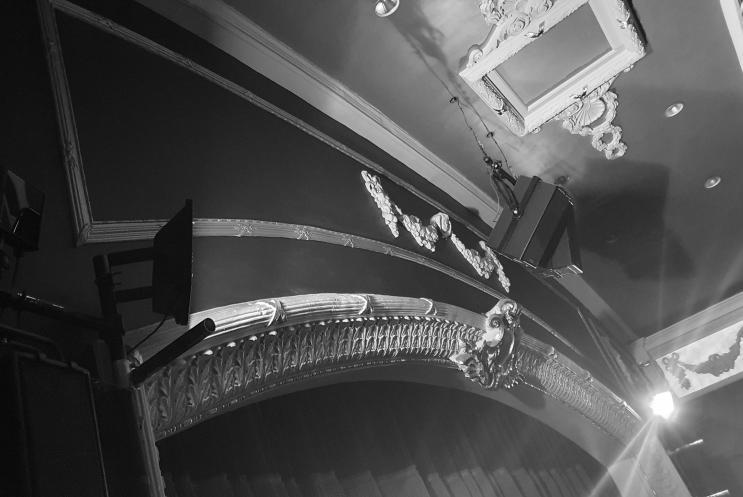 During the Victorian era, the theatre was known as The Market Inn (later The Market Hotel). A landlady of The Market Inn is said to haunt the theatre. One person who claims to have seen the ladylady is comedian Michael Bentine, one of the original members of the Goons. He was performing a one-man show at the theatre one night when he spotted a woman in Victorian attire moving about the auditorium. 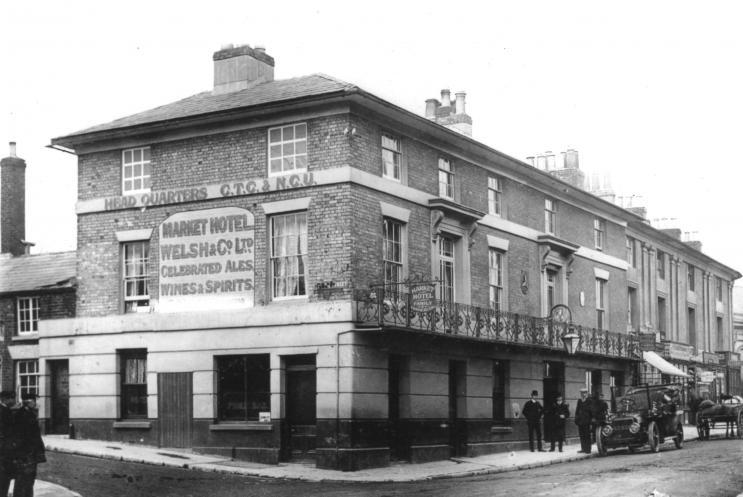 During a paranormal investigation held at the theatre on Halloween 2006, one lady felt the presence of a young boy leading a horse. It was not known at the time, but further research showed a saddler had used the yard behind the theatre for their business in the late 19th Century.